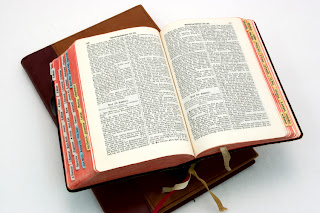 Gospel for the Second Sunday of Advent, Cycle A
Matthew 3:1-12

John the Baptist appeared, preaching in the desert of Judea
and saying, “Repent, for the kingdom of heaven is at hand!”
It was of him that the prophet Isaiah had spoken when he said:
A voice of one crying out in the desert,
Prepare the way of the Lord,
make straight his paths.
John wore clothing made of camel’s hair
and had a leather belt around his waist.
His food was locusts and wild honey.
At that time Jerusalem, all Judea,
and the whole region around the Jordan
were going out to him
and were being baptized by him in the Jordan River
as they acknowledged their sins.
When he saw many of the Pharisees and Sadducees
coming to his baptism, he said to them, “You brood of vipers!
Who warned you to flee from the coming wrath?
Produce good fruit as evidence of your repentance.
And do not presume to say to yourselves,
‘We have Abraham as our father.’
For I tell you,
God can raise up children to Abraham from these stones.
Even now the ax lies at the root of the trees.
Therefore every tree that does not bear good fruit
will be cut down and thrown into the fire.
I am baptizing you with water, for repentance,
but the one who is coming after me is mightier than I.
I am not worthy to carry his sandals.
He will baptize you with the Holy Spirit and fire.
His winnowing fan is in his hand.
He will clear his threshing floor
and gather his wheat into his barn,
but the chaff he will burn with unquenchable fire.”

Inspiration for this post came from our deacon's homily at Mass on Sunday...well, the part of it I heard anyway! He is a fiery preacher, and he asked us to look at St. John the Baptist's life. He wandered without a home, preaching throughout the region, inspiring many to think he was crazy, wearing a camel's hair coat (scratchy), and eating locusts and honey (the honey to make the locusts not so gross, right?). He eventually had his head cut off by a dancing girl who wanted to impress her mother.

Yet, Jesus says, "Amen, I say to you, among those born of women there has been none greater than John the Baptist." (Matthew 11:11) Wow. It hit me once again that God's success stories are nothing like the success stories of this world! This echoed what I had been told in Confession the day before - stop being so hard on yourself; it sounds like you are actually doing quite well.

This world puts value on tangible accomplishments. Even my beloved husband and I are tempted to beg for a job with fewer hours and more pay (aren't we all?), but I silently remind myself that these things cannot measure our success. Our success cannot be measured by our time or money or things but by how we spend the time and money and use the things!

I actually have a bit of a complex about always needing to do more/better and never being satisfied with my own efforts. Call it perfectionism if you want, but I have long given up the illusion that anything I do can ever be perfect (since I'm not God). My issue is more in line with what most mothers eventually realize - our work is never, ever done. There is rarely a tangible way to measure our success as mothers, especially those of us who homeschool and choose informal evaluations over tests and grades.

So, I am hoping to keep in mind St. John and Jesus' high praise for him these busy days of Advent. That I stifled the urge to scream at my children one more time is a success in God's eyes. Jesus would be pleased that I sat down for ten minutes this morning as the baby slept to journal with Him rather than fold that pile of laundry at my feet. I choose to look each of my children in the eyes and genuinely smile at least once a day, and that pleases the Lord. We read a story about sacrifice and talk about how giving and receiving gifts at Christmas is truly about Jesus Christ.

For even if I sleep in my clothes and eat cold french fries (from yesterday) for lunch, but manage to read the a Jesse tree Bible story to my children and say the Angelus at lunch for the first time in ages, I can be successful today. Focus on Christ. That is success. Just like John the Baptist. Not that I did those first two things today. Not me. {innocently blinking}
Posted by Jenny at 4:23 PM No comments:

When I wrote this post a bit ago, I expected some people to fuss at me, either silently to themselves or "out loud" in the comment box. Maybe you did. How could I be so exclusive? How could I not welcome anyone God puts in my path?

Elizabeth shares how important it truly is to share with others as inspired by the Holy Spirit, because this can lead to deeper faith. These are not the kind of encounters to which I meant to refer. When I meet someone new or when I happen to encounter someone in my daily life, I do try to reach out to them for that moment. I cannot stress how important this is, because we cannot turn away when the Jesus in Others needs us!

My post was specifically intended to explain how I feel about my closest friendships, the ones I devote time and effort to nourishing. And, I felt like maybe I needed to clarify that one more time. Please do not turn away from those who need you today. Okay, now I feel better.
Posted by Jenny at 3:06 PM 1 comment: